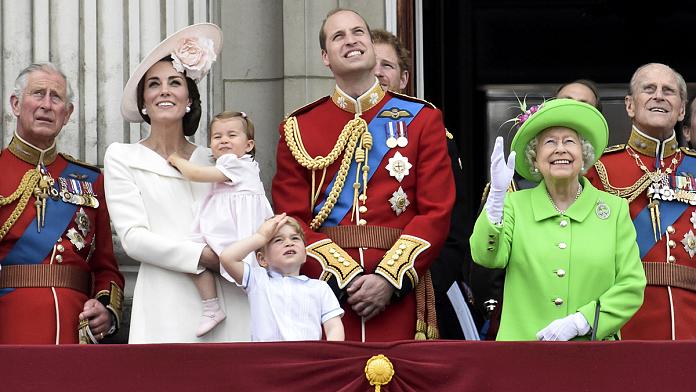 The media regularly reports that the royal British family is being treated with homeopathy. The comments can be different, but everyone comes to the conclusion that the Windsors are distinguished by excellent health, this is the secret of their longevity.

For those who know firsthand about homeopathy, it is clear that if the family is treated for generations with homeopathy rather than chemical drugs, then the life expectancy and the level of health of this family will be above average. If you look at the history of many European aristocratic surnames, especially British ones, there are many confirmations.

But I always wondered, but why is the British crown so fond of homeopathy? It can not be that there is not a personal story behind it. After all, homeopathy has only one way to survive – a successful doctor’s work and recovery or a significant improvement in the patient’s quality of life. And as often happens in such stories, no one could help the patient before. Only in this way homeopathy gets supporters, fans and patrons of art. And it turned out, there is a story. And not one.

It all began in the first half of the 19th century, with the Queen of Adelaide, the wife of King William IV.

Adelaide suffered a serious illness, from which the court doctors could not cure her. He knew at that time about the successes of the new medical system – homeopathy, and at her request, a famous student, Johann Ernst Stapf, was invited to London, Hahnemann’s student and companion. Stapf cured Queen Adelaide, and homeopathy received the support of the royal family and the English aristocracy, which has lasted for almost two centuries.

During the outbreak of cholera in 1854, deaths in the homeopathic hospital were only 16.4%, compared with 51.8% in other hospitals. Convincing numbers!

Later, certain British monarchs received help from homeopathic doctors. King George V was healed of sea sickness, from which he suffered severely. Can you imagine what a sea sickness means in the 19th century? His wife, Queen Mary, led the collection of donations to create the London homeopathic hospital, which until 2010 was a model of European homeopathy. In 2010, under the pressure of an antihomeopathic campaign in Great Britain with the support of the bigfarm, the hospital was transformed into a center for integrative medicine, and homeopathy now adjoins it with other types of alternative and complimentary medicine.

King George VI, was a passionate admirer and connoisseur of homeopathy. His story was told in an interview by Dr. Peter Fisher, personal physician of Queen Elizabeth, clinical director of the Royal London Hospital and chief editor of Homeopathy. As everyone knows, thanks to the film “King says,” George VI stuttered. He was treated with homeopathy and he received Ambra Grisea. It’s funny that he named one of his racehorses Hypericum, after treatment with homeopathy from trauma.

By the way, it was George VI who appropriated the royal title to the London Homeopathic Hospital. It is clear that his daughter, now the ruling Queen Elizabeth II, patronizes this institution and allocated $ 35 million for its reconstruction in 2005 (see, Dana Ullman, The Homeopathic Revolution, Bercly, California, 2007, p. 273). And it is understandable, whence this surge of indignation against homeopathy, beginning from 2005.