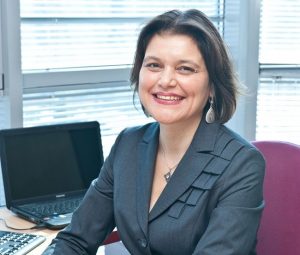 At the last Odessa collegium in early October, in a particularly informative report on the topic “New in the world of homeopathy,” Nonna Petrova from Bulgaria explained the nature of the attacks on homeopathy and told about new discoveries in science.
In early 2015, Australia established a commission to assess the health of the population. In the commission’s studies, homeopathy was noted as a highly effective therapy. Confirming documents were sent to all ministries of health, and everyone hoped that after this message funds would be allocated in order to carry out more profound scientific research in the field of homeopathy.
However, already in March 2015, the Australian Council announced that there is no pathology in which homeopathy would show its effectiveness.
Initially, the report of the Australian Commission on Homeopathy was positive, but it was rejected, and the project manager was fired. He was the founder and director of the Australian Council, but he was accused of the fact that this primary report was falsification. And then they created a new commission, in which not a single homeopath was invited!
Head of the Friends of Science in Medicine organisation Peter Brugs (professor of social medicine) is a member of the lobby group against homeopathy. His organisation has prepared an 11 page report without any evidence that homeopathy is not effective and they do not recommend that insurance pay for homeopathic treatment.
The Australian report provoked a negative reaction in Europe, because it was not published in its first edition, but in quite another, and did not contain positive information and evidence base about the action of homeopathy.It is about the importance of objective examination.
The researchers claim that they used 1800 studies, but in fact they rejected 90% of the studies. All this report is based only on five studies, and all of them are negative, and only because they say that the effectiveness of homeopathy does not exist. The remaining studies were found to be unreliable, because the commission changed the generally accepted protocol in order to falsify the facts.The commission used its own, unknown method of standardising research.
From homeopaths, not less than 180 participants of the study were required, in spite of the fact that in the study of other areas of medicine it was allowed to use fewer participants.
During the report, they did not show any analytical data that would confirm the effect of homeopathy. They mislead the scientific world – they do not provide accurate data, do not conduct preliminary consultations, forge protocols, there is evidence of bias and incorrect information. This is a case of deliberate falsification, and not an error, since the evidence base for the great effectiveness of homeopathy is growing all the time.
All these violations were all traced and described, and sent to the Ombudsman in the European Parliament.This review-deception cost the Australian taxpayers 800,000 dollars.
“This review is a bad science if they can afford to rely on such organisations.”

It is still not clear why the report did not include large studies with a large number of placebo-controlled groups and with excellent results in treatment:
* Diarrhea in children;
* Pollinosis;
* dizziness.
Now there are many meta-analyses that homeopathy is effective.
Earlier it was not possible to prove the mechanism of action due to the lack of ability to recognise substances that are diluted to a minimum degree, now this possibility has appeared, it is proved that the original substance is preserved and the action is enhanced by potentiation if there is a sensitivity to the substance.
In molecular biology, knowledge of enzymes in receptors and the action of signal transduction develops. All evidence exists at the cellular-molecular level.
Professor Henry in Strasbourg conducted research in vivo – used histamine (a provocateur in a material dose, and in homeopathic dilution gives a reduction of inflammation).
Comparison of the action of Arsenicum Album in a material dose gives an intoxication of Arsenicum Album on seeds – in 4-5 dilutions – shows a strong gene modulation.
In experiments with homeopathic medicines, the following was found:
* Increasing regulation;
* the ability to include or exclude individual genes;
* inhibition of gene expression of receptors
* influence on behaviour.
This is a proof and confirmation of the symptoms recorded in MM (Materia Medica).
Also, studies were conducted with known remedies: Hydrastis; Rhus toxicodendron; Condurango.
And now you can already say that the concept of placebo is finished! Homeopathy cures toxic conditions.
The European Committee for Homeopathy (ECH) and a large number of specialists continue to actively collect the research database, and also to compile a database on clinical cases.
“We are too scattered about our practices, and therefore it is difficult for us to prove the specifics of our work. We need to conduct new clinical studies, “Nonna Petrova concludes.