Revival of Benningausen – a chronological treatise on history and practice – H.K. Gipser 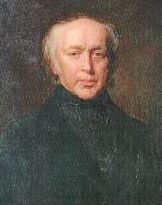 Clemens Maria Franz von Benningausen (1785 – 1864), healed in 1828 by his friend, botanist and homeopathic doctor Karl Ernst Weihe (1779 – 1834) in one dose Pulsatilla SZO, and in the next four weeks, taking Sulfur SZO, was one of outstanding followers of Hahnemann. Founder of the art of homeopathic healing.

In 1833 he wrote: “The State Counselor Baron von Beninghausen from Münster studied and grasped my homeopathic treatment system so thoroughly that as a homeopath he deserves complete trust, and if I was sick myself and was unable to help myself, I would not trust myself to any other doctor.” The works of Benninghausen made a great contribution to the homeopathic literature. Unfortunately, not all of them were translated into English. He became the founder of two different branches of repertory.

In the 19th and early 20th century, the pocket guide was widely used among professionals. Several editions were issued in German, English and French. Some of the best American practitioners in the 1920s and 1930s argued that this repertory is preferable to the Kent repertory in order to solve a complex chronic case. Even in the period of the rapid decline of American homeopathy, Herbert Albert Roberts (1868 – 1950) published in 1935 an article entitled “Principles and Practical Use of a Therapeutic Pocket Book.” Despite all this, the tradition of practice of rehearsing according to Benninghausen was somehow forgotten, especially in Europe, including Germany. A close examination of this material over the following years led me to analyse in detail the method of filling in case histories with Beningausen, and especially the analysis of cases, as well as its method of using drugs, including intermediate means, etc.

This led me to the following:

– to use the “Therapeutic Pocket Book” in my practice,

– to read all the other works of Bennigausen purchased in antique bookstores,

– to the publication of the subject index of the most important topics of all its publications.

In 1983, Friedrich Kotwitz published a dissertation on the life and work of Benninghausen at the University of Berlin. A study published two years later about the origins of our repertories inspired me to compare the General heading of Kent with the corresponding headings of the Therapeutic Pocket Guide. This showed that there are many symptoms in the Repertory of Kent from the Pocket Driver. Fortunately for German homeopaths, the publisher Bernd von der Lieth re-released the original version of Therapeutic Pocket Book (1846) in 1985 on the occasion of the 200th anniversary of Beningingusen. Due to the availability of such a tool, it is now possible to learn the so-called Benninghausen method.

…In 2000, a revised version of the “Pocket Guide” was published under the title “Benninghausen’s Therapeutic Pocket Guide – Revised edition 2000” (Stuttgart 2000), as well as the corresponding software. – It included materials from the Pocket Guide of 1846, as well as all the recordings from other (later) works of Benninghausen, which were in harmony with the general idea of ​​the Pocket Guide, and additions of Benninghausen, which he sent to Carroll Dunham during his lifetime (1828-1877). As a result, using this method in his work, he had a great success in managing patients. And he published three very valuable books, rich in cases demonstrating the principle: “The Repertory of Beningausen Homeopathic Medicines” I Kästner, RF1998, Heidelberg “Homeopathic treatment of children with ADHD (attention deficit hyperactivity disorder (from the lane) Effective homeopathic treatment” Effiziente homoeopathische Behandlung, Stuttgard 2008. “Homeopathic treatment of patients with several diseases” Homoeopathische Behandlung multimorbider Patienten, Stuttgard 2010.

Benninghausen himself never wrote articles explaining his method in detail. But his various papers contain many notes that give hints to this method.

… Repertory only gave hints to the choice of means. Therefore, the study of Materia Medica was the favorite hobby of Beninghausen throughout his life. What is the most important subject in his study of Materia Medica? A valuable nugget, a true nugget, is the only symptom usually associated with only one “exclusive” drug. To shorten a long study (first published in 1992), I will summarize briefly: Benningausen pointed to Asa foetida, as a drug characterized by stabbing pains from the inside to the outside: “if these characteristic pains are observed in any other part of the patient’s body than described in the proving, the remedy can also be used. ” Gypser, K.-N. Der “Genius der Arznei” bei Boenninghausen. Zeitchrift flier klassische Homoeopathie, 36 (1992) 224-230. The definition of the so-called exceptional symptom is as follows:

The exceptional symptom is often found in sensations or modalities, and rarely among concomitants; for example, the red face or cheeks of Capsicum accompany many of its symptoms, and therefore it can be attributed to the exceptional. Returning to Benningausen, it is important to understand his idea of ​​an exceptional symptom presented in the third and fourth (rare fifth) version of his “Pocket Guide”, otherwise his main idea cannot be fully understood. Another part of the aforementioned basics is related to the order in the case history of Benninghausen. With reference to Organon VI, paragraph 95, he divided the patient’s symptoms into two groups:

From the above, it follows that before ordering (burdening, localization, hierarchy) symptoms for repertorization, you need to determine the following:

This article gives a brief overview of the resurgence of homeopathic practice according to Benninghausen … over the past decades. It should always be borne in mind that the Benninghausen method is only one approach among others in the search for the proper medicine. What method will be used – Benningausen, Boger, Kent or others – for obtaining a similar drug in each particular disease, it will depend entirely on the patient’s symptoms. We must adapt the analysis method to the symptoms of the case and not vice versa!

Summarizing the main contribution of Benninghausen to homeopathy, we can list the following:

* creating a first repertory in homeopathy developing a classification system

* the relationship of homeopathic medicines

* introduction of the concept of exclusive means

* introducing the concept of intermediate