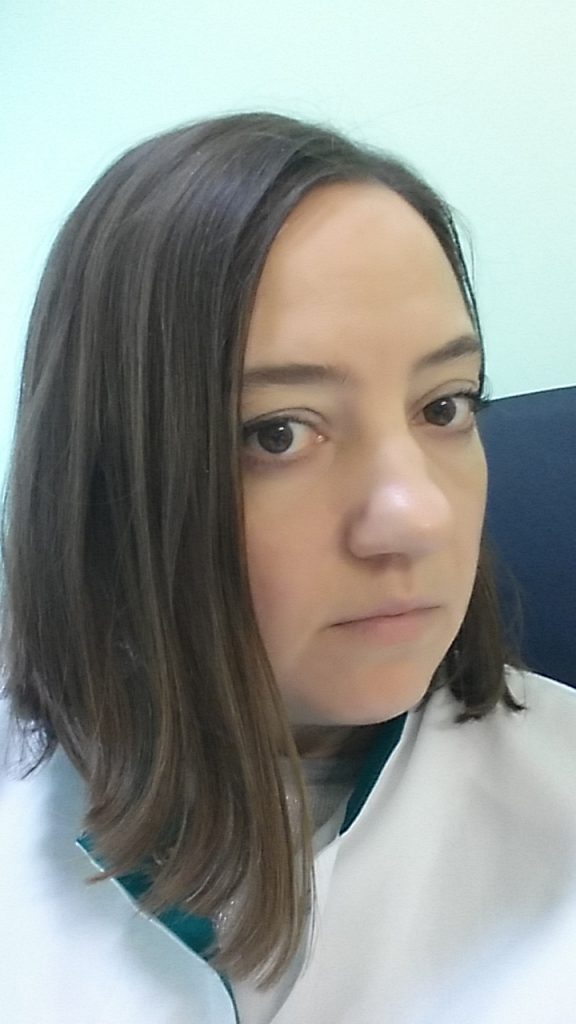 Doctor homeopath of the Ryazan Medical Center “Similia”, Ph.D., assistant of the Department of Matophysiology of the RyazGMU named after Academician I.P. Pavlova

This work was awarded the first prize of the congress of the Siberian Homeopathic Association “Physician of the Year” in the nomination “The Science of Homeopathy” in 2016.

Homeopathy is a science that studies the human body as a whole and correctly applies the law of similarity to stimulate the vital energy of man [2].

In the very word “homeopathy”, consisting of two Greek words “homois” similar and “pathos” disease, the basic law of homeopathy is hidden: similar is treated similar [1,10,11].

The main principles of the homeopathic method of treatment were formulated by the German doctor Samuel Hahnemann, who in 1796 in his medical work “Experiment of a new principle of finding healing properties of medicinal substances” published his conclusions on the first fundamental principle – the law of similarity. Hahnemann’s genius is that he was the first in the world to formulate the law of the similarity – like treated like [1,10,11].

In the work “Organon of Medical Art” Hahnemann described in detail four basic provisions of the homeopathic method of treatment. Hahnemann came to the law of similarity, because he was a brilliant experimental scientist, thanks to the experiment with a cinnamon crust, he proved that under normal conditions, china is capable of causing fever attacks that are characteristic of malaria, and in the pathological conditions of chin, respectively, cures according to the law of similarity. The bark of a cinchona is described in Cullen’s “Materia Medica”. In the chapter on the healing effect of the cinchona bark, Cullen expounded the long-known thesis that the effectiveness of this drug in malaria is explained by its “tonic effect on the stomach, as an astringent.” Hahnemann completely disagreed with the author, so Hahnemann decided to test the effect of the cinchona bark on himself, eventually opening with the help of the “allopathic similar preparation” the law of similarity [10,11].

It must be said that Hahnemann was not the first to experience the effect of drugs on a healthy body and came to the idea of the law of similarity.

A famous physician Paracelsus, who lived in the late 16th – early 16th centuries, again developed a homeopathic idea, almost forgotten from the time of Hippocrates. “Never,” he said, “the opposite heals the opposite, but alike always treated alike” [1].

Kravkov Nikolai Pavlovich – the founder of Soviet pharmacology, was born in Ryazan. In 1924, he conducted an experiment and proved that high dilutions of metal salts and poisons in 10-32 exert a noticeable effect on the vessels of the rabbit ear and on the pigment cells of the living frog, and wrote a paper “On the limits of sensitivity of living protoplasm” [4].

Till now in scientific circles and among doctors there is a mistrust towards homeopathy, misunderstanding of the law of similarity, homeopaths are sometimes considered charlatans, instead of doctors, and medicines are called placebos. The positive effect of homeopathic preparations is explained by the placebo effect [5]. To prove the law of similarity to the modern world, we need a model of the disease [8, 9] to exclude the placebo effect – it is necessary to carry out the experiment on animals, this requires a similar preparation in high dilution and in a potentiated form. The resulting material must be subjected to histological, morphometric and statistical studies. If all these conditions are met, the similarity law will be proved at the morphological level, which is very important for the further development of homeopathy in the world [5].

All these conditions we fulfilled in the conditions of the experiment and proved the similarity law at the cellular level [5]. The purpose of this work is to study the influence of homeopathic nanodilution on the state of the body and mammary gland of white, non-native virgin female rats under normal conditions and in cystic mastopathy in an experiment.

As a model of the disease, we chose cystic mastopathy, which was caused by synestrol (synthetic analogue of estrogens) for 45 days, as a similar preparation we chose homeopathic dilutions of veroshpiron, which caused complete regression of the cysts. The model of cystic mastopathy was developed at the Department of Pathological Anatomy of the RyazGMU by Professor P.A. Chumachenko [3, 6, 7, 8, and 9].

With the help of this work we managed to bring homeopathy to the level of evidence-based medicine [5].

We studied the mammary glands of 200 white mongrel virgin females of rats that were conditionally divided into 7 experimental groups and 9 control groups. The work with animals was carried out in accordance with the European Convention for the Protection of Vertebrates used for experimental and other scientific purposes”(Strasbourg, 1986), Order of the Ministry of Health and Social Development of the Russian Federation of August 23, 2010 and 708n” On Approval of Regulations laboratory practice “and the order of the Ministry of Health of the USSR of 12.08.1977, № 755 “On measures to further improve the organizational forms of work using experimental animals.” Experimental groups after receiving the model of cystic mastopathy received homeopathic veroshpiron orally for a month according to the schemes, control groups – group 1 control of cystic mastopathy and group 2 control of cystic mastopathy – a month after developing it. Separately there was a group – intact animals that did not receive drugs (control of the norm), the group after receiving the model of cystic mastopathy received placebo-empty granules. After the expiration of the experiment, rats were slaughtered under ether anesthesia, the mammary glands were removed, fixed in a 10% formalin solution. Paraffin, all sections stained with hematoxylin-eosin, selectively hematoxylin and picrofuxin, sudan3 for lipids, for elastic according to Weigert, impregnated silver with reticular fibers according to Futu. Further, the study of histological preparations was carried out using the following methods:

Homeopathic dilutions of C6, C12, C30, and C200 were made from the allopathic veroshpiron in the Ollo pharmacy (Moscow). Schemes for the introduction of homeopathic veropyron were suggested by Professor D. Vithoulkas.

RESULTS OF OWN RESEARCH

Normally, the mammary glands consist of collapsed passages with cubic epithelium, which are located in the adipose tissue, poor in blood vessels and cells.

We observed an interesting picture: the passages were arranged in groups of 5-10 passages, the epithelium was cubic, the lumens of the passages were clearly distinguishable, with some passages slightly enlarged, having irregularly shaped lumens, and a little secret in the lumens. This phenomenon can be regarded as a phenomenon of proving veroshpiron and some mammothropic effect on the body, that is, the material doses cause some kind of disease of the mammary glands. Based on the morphometry, we found that veroshpiron during 2, 4, and 8 weeks of use increases the rate of PS, with some indicators increasing significantly compared with the control (p <0.05), the maximum dose of veroshpiron increases significantly the rate of EC for 4 weeks, veroshpiron in material doses affects the size of the nuclei of the EC.

Objectively, when sinestrol was administered, rats became sluggish, drowsy, ate poorly, some lost weight, a watery stool appeared on the skin there was a tick-like lesion, especially in the ears and nose. Palpation in the abdominal wall palpated breast cysts. According to the morphometry data, virtually all indicators, in particular, PS, EH, EC, were significantly changed.

When obtaining homeopathic dilutions of veroshpiron in the intact conditions for 4 weeks (6C – 2 weeks, 12C – 2 weeks), mammary glands of rats had a normal structure.

In experimental groups with the introduction of homeopathic dilutions of veroshpiron for a month, the rats were objectively different from the control animals (control of cystic mastopathy), which were not given homeopathic veroshpiron: the animals under the action of the drug “came to life in front of their eyes,” became more active, ate well, at end of the month on the tick-borne lesions started to disappear, which indicates an increase in immunity. In control this was not observed, the animals were sluggish, some even died. Histologically, the mammary glands had the following structure in the preparation of 6C in group 1 of the experiment with CM: the passages were somewhat enlarged with the cubic epithelium, the lumens were clearly discernible, and in general a picture of incomplete regression of the cystic process.

With the “wave-like” scheme of administering veroshpiron in the 2nd group of the experiment (6C – morning, 12C – lunch, 30C evening). This scheme for the introduction of a homeopathic preparation is not recognized by all homeopaths, for comparison a very interesting experimental group. The passages were located in large groups of 20-30 passages in one group, forming lobes, passages narrowed, lumens distinguishable, epithelium cubic.

According to the morphometry data, the PS index was significantly lowered compared with the control of CM (p <0.05), but compared with the norm control, the index was significantly increased (p <0.05), normalization of CE did not occur, and CE was significantly increased. Regression of cysts is better than in the first group, but not all indicators are normal. When 30C was administered three times a day in experimental group 3 histologically, we observed a picture of pronounced regression of the cysts; passages narrowed, epithelium cubic, stroma full blood vessels.

With a weekly potency of 30C with CM in the 4 group of the experiment, the passages were arranged in groups, some passages dilated, other passages narrowed, but the epithelium was cubic, it means that histologically, we observed incomplete regression of the cysts.

With the introduction of homeopathic veroshpiron in the 5th group – the scheme of a gradual increase in doses during the month (6C – 10 days, 12C – 10 days, 30C – 10 days) – clinically the animals also gradually and gently recovered and recovered with increasing dilution and potencies . Histologically, the mammary glands in all studied cases of the experiment had a pronounced regression of the cysts-the passages narrowed, the epithelium cubic, in the lumens the residual secret.

With the introduction of homeopathic veroshpiron C200 in the 6th group of the experiment, histologically the mammary glands had the following structure. In all cases of the experiment, complete regression of cystic mastopathy was observed – the passages were sharply narrowed, the lumens were not distinguishable, the epithelium was cubic.

Fig. 13. Mammary glands of rats with the introduction of 200C veroshpiron in cystic mastopathy, pronounced regression of cysts (staining with hematoxylin and eosin)

Intergroup changes in the indicators of PS, EC, EC are shown in Figure 6 in the form of diagrams. Separated from the experimental groups, we conducted a group of experiments after obtaining the model of CM. Rats received placebo empty granules for a month (placebo-controlled animals). Histologically and morphometrically, the picture typically matches with the second group of CM control – that is, we observed cystic mastopathy, which does not change in any way compared to the model control (Figures 14, 15). This group has proved the scientific fact that homeopathy is not a placebo effect.

THE IMPORTANCE OF WORK

In this scientific study, the project and plan of which was developed in conjunction with the rector of the International Academy of Classical Homeopathy George Vithoulkas, in an animal experiment using morphometry, we managed to bring homeopathy to the level of evidence-based medicine, and we proved the law of similarity at the cellular level with the help of homeopathic veroshpiron – similar organotropic potentiated preparation. At the time of Hahnemann, there was no modern morphology, no pathophysiology, and, especially, microscopy and morphometry, so 200 years after Hahnemann’s discovery of homeopathy, we managed to conduct these unique experiments on animals. To all of humanity, we can confidently state now that homeopathy is not a placebo effect, and homeopathic preparations are not placebo. Homeopathy is a great science, based on the law of similarity and the effect of nanodilution of the drug on the cell and on the body as a whole. Treatment with the help of homeopathy is an art, curing any pathological process occurs according to the LAW OF SIMILARITY! The future of medicine for homeopathy!