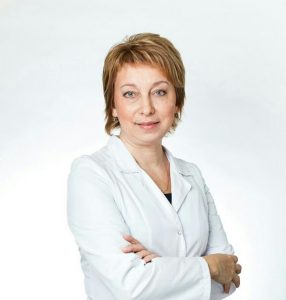 People perceive homeopathy differently. Some are delighted with it, others, to put it mildly, treat her with skeptic negligence. However, often both groups of people healing from a homeopathic doctor. And what is it really? About this columnist “RG” talks with the chief physician of the Clinic of classical homeopathy named after S. Hahnemann Irina Kuzmina.

Irina Fedorovna, homeopathy is as old as the world. And in Russia, it is also not new. But, as far as I know, never in our country — I mean in the USSR — homeopathic doctors did not work in public institutions, and they did not teach homeopathy at public medical schools. Then they did not use the term “private clinic”, “private university”. They called it “self-supporting medical institution.” And even the Soviet people, spoiled by free medicine, were not averse to being treated for their money in these self-supporting homeopathic clinics. Why is that?

Irina Kuzmina: Why there was no state status? I think, because the official medicine did not let us into their institutions. They referred to the fact that “the homeopathic method does not have a deep scientific substantiation.” When homeopaths insistently asked to open them access to science, to education, they received a categorical refusal. Although there was no official ban on our profession. Even in the years of special repression against homeopathy.

This is what I remember. I remember how the most eminent domestic physicians appeared in the central press with the exposure of homeopathy, reducing it almost to quackery.

Irina Kuzmina: In preparation for our meeting, I picked up some documents. Including order N 610, signed by the then Minister of Health of the USSR Academician Boris Vasilyevich Petrovsky and dated August 7, 1968. “On strengthening the control over the work and regulation of the future activities of homeopathic doctors and the use of homeopathic medicines in medical practice.” Now it may sound almost like an anecdote, but it was like this: homeopaths were accused of using their official position for mercenary purposes, immoral behavior and other facts incompatible with the duty and honor of a doctor.

The order is replete with numbers of urine and blood counts, which allegedly do not correspond to the numbers of patients. And this is not nonsense. This is the same document that rejected Russian homeopathy for many years ago, which discouraged many specialists from practicing homeopathy. Moreover, in order to become a homeopath, you had to get the relevant literature yourself, study it and go through two-year commercial courses.

Homeopathy in Russia is gaining popularity.

But as they say, everything changes. Then the same medical leaders were not against the creation of a homeopathic hospital in Moscow on the Enthusiasts Highway. And such was created. Although it did not last long.

Irina Kuzmina: Precisely this is explainable: homeopathic treatment is usually very long and, as a rule, does not require hospitalization. But I didn’t answer one more question of you: why, despite the official non-recognition, homeopathy never ceased to exist and never had a shortage of people who wanted to be treated just from us. So: this desire does not arise from scratch. It is based on the high efficiency of treatment of various chronic diseases.

Irina Kuzmina: No, of course not. We are treated with various so-called acute diseases: acute purulent tonsillitis, phlegmon, acute otitis, acute bronchitis, acute microbial eczema, pemphigus, and so on. One time I received a letter from a reader who, on several pages, reported how he was cured of severe pneumonia with the help of homeopathic medicines without antibiotics.

10 countries in Europe have incorporated homeopathy into the health care system. In 7 countries, it is covered by insurance.

Irina Kuzmina: This is not surprising. In the treatment of acute infectious diseases, our means activate the protective mechanisms of the human immune system.

Do you think these agents are more effective than antibiotics?

Irina Kuzmina: Not agents! It’s the mechanisms that they activate. That is why, by the way, there are so many children in our clinic. Those who periodically suffer from various respiratory diseases. Those who are constantly given powerful antibiotics, but they do not have the desired effect. We transfer these children to treatment with our drugs. And children get rid of their almost chronic illness.

Now they are increasingly saying that the era of antibiotics is coming to an end, that the organism of the modern patient reacts less and less to them. That’s scary: we become powerless in the face of serious infections. And to listen to you, then do not be afraid – do you need to switch to homeopathic medicines?

You risk being under fire of ill will.

Irina Kuzmina: I am risking. But not afraid. The main task of a homeopath, like an ordinary doctor, is to restore the patient’s health, and not to defend his ambitions.

You said, “like an ordinary doctor.” The usual. But we do not teach homeopathy in medical schools. In the list of medical specialties homeopathy is absent…

Irina Kuzmina: Because of this, all our troubles. We are like on the outskirts of the health service. Although – and this is well known – those who want to be treated here are not getting smaller. On the contrary. Our products are sold without prescription.

They can be purchased even without the recommendation of a homeopath. Because of this, some dangerous, in my opinion, illusion is created that homeopathy is something primitive. Allegedly, our “peas” can be swallowed without any appointments and restrictions. But this is simply dangerous!

Moreover. A doctor who is not familiar with our specialty, but knows that the pharmacy has a certain set of medicines, for example, for the treatment of influenza, allergies, kidneys, gives advice: buy these medicines, drink them. And how to take them? How much time to take? What doses? Homeopathic medicines, like any other, must have their own indications and contraindications. They can and heal, and if not knowing, they can also hurt you.

Is it because in the current homeopathy there are quite a few random people who are attracted by the opportunity to capitalize on the authority of homeopathy?

Irina Kuzmina: You are right. It really is. And few people know that the four-year school of the George Vithoulkas International Academy of Classical Homeopathy operates in our country. I am a teacher in this academy.

How and who can become a student of this academy?

Irina Kuzmina: A doctor who has received a higher medical education in the specialty of general medicine or pediatrics or dentistry. Entrance exams are not required. But graduation required. After that, the student receives a diploma and can work as a homeopath.

Irina Fedorovna! You are a member of almost all international homeopathy forums. They are held in different countries of the world, but never in Russia. That, I think, is absolutely unfair. There is a feeling that we are, but we are not.

Irina Kuzmina: Not only forums. There is the International League of Homeopaths, which has existed since 1925. It unites 70 countries of the world. The homeopathic service is developed in 80 countries, it has more than 300 thousand homeopathic doctors. In Europe, 30 percent of the population uses homeopathic medicines. In Russia, there is no such statistics. In 10 European countries, homeopathy is part of the healthcare system. And in 7 countries covered by insurance. Most of all, homeopathy is developed in Switzerland and France – countries in which medical care is at a decent level.

But we love to use and apply foreign experience. Why so persistently avoid homeopathy?

Irina Kuzmina: Formally, it seems that the rules of the game are followed. There is an order of the Ministry of Health of the Russian Federation N 335 dated November 29, 1995. “On the use of the method of homeopathy in practical public health”. Handsomely put. Is it not? But in the whole of Russia there is not a single state homeopathic polyclinic, not a single hospital, where the homeopath would be listed in the staffing table, rendering homeopathic care. I understand that nowadays, when more and more often medical care even in public institutions is provided for a fee, when one is not surprised by the abundance (insistence on abundance) of private medical institutions …Of course, it is not surprising that homeopathic care is the lot of private clinics only. Why, in this situation, are we still so eager to acquire citizenship rights in public medical institutions? It is because it radically changes the attitude to the service, it becomes a sign of state recognition. And without this, it’s very bad and very disappointing when, in international forums, we, representatives of a great country, look like stepchildren, we are not taken seriously. Although we have our own experience, although domestic homeopaths do a lot to preserve health.

Homeopathy is like a state in a state. She even has her own production of drugs, her pharmacies…

Irina Kuzmina: Yes. And there are specialists who work well. But we do not want to be stepchildren. We want official citizenship in our country. Yes, the homeopathic doctor does not fit into the temporary norms of admission of the patient in the clinic. A homeopath takes care of each patient for at least an hour. But it gives its results. No wonder people sometimes wait for weeks for admission. No wonder once turned, they become our regular patients.

But not everyone admits that they are treated by a homeopath, that it was the homeopath that helped…

Irina Kuzmina: We know about it. It is what it is: to be treated by a homeopath is not prestigious. And its nonsense to inform your doctor in the state clinic that you get help from a homeopath. This sometimes causes anger and ridicule. But the majority of our patients are so-called “refusers”, that is, those who are already unable to help our allopathic colleagues. In your clinic, which is not at all in the center of Moscow, there is always a queue.

Irina Kuzmina: Is this our reproach?

In no case! On the contrary. Probably, if homeopathic help was not effective, there would be no queues. You teach not only at the Moscow Homeopathic Academy. Twice a year you go to Kiev, where you teach four-year courses in classical homeopathy, since you are the curator of the Ukrainian branch of the Russian Academy. When is your next trip to Kiev?

Irina Kuzmina: According to the plan, it should be held in October. With horror I look at the ruins of the “Maidan”: I usually stop in this area when I teach classes. What will happen now – I’ll never know. The heart is just breaking. And here no homeopathy will help. It requires common sense and good will. I really hope for it.

Irina Kuzmina graduated from the Nizhny Novgorod Medical Academy in